One Chick-fil-A Launches a New Way to Hire Crew 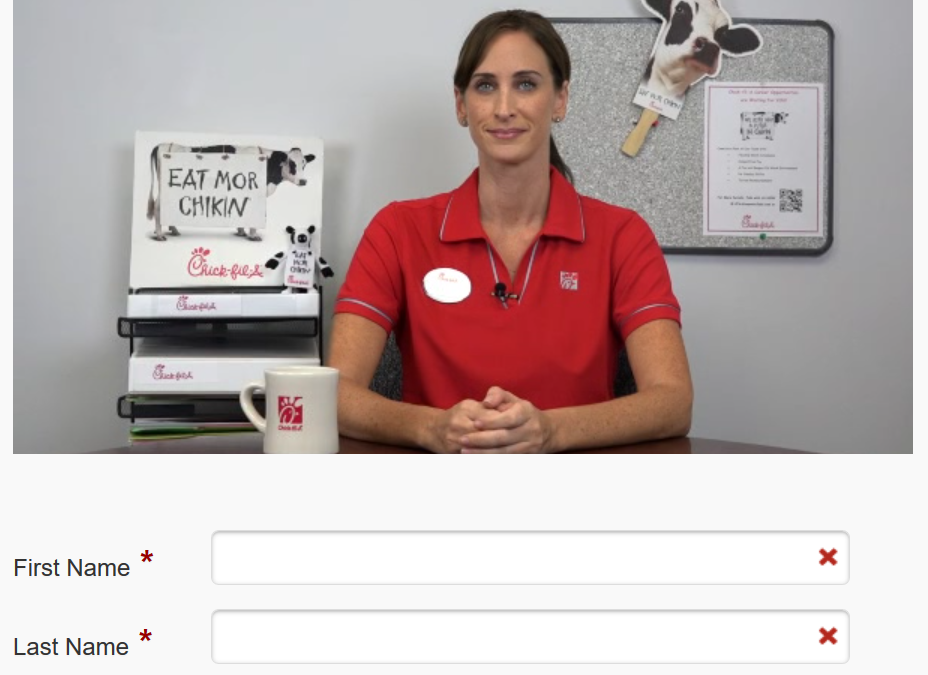 Frank Yurchak has been an owner-operator within the Chick-fil-A System for over 25 years.  Prior to 2017 he hired candidates the same way every other operator did – the “old fashioned way.”  Candidates would visit the store, ask for a paper-based application, complete it, and wait for a manager to be able to speak with them.  Now, a number of operators are using job boards and candidates can complete the application on-line, but that’s just making an old process slightly more efficient.  Video Job Applications are changing the way candidates apply to jobs.

In 2017 Mr. Yurchak recognized that he had to compete for a limited number of applicants, many of whom had other choices when it came to employment.  He was interested in finding out how to expand his recruiting efforts, while at the same time increasing the quality of candidate from which he had to choose.  Mr. Yurchak also realized that the applicants today were very different than they were in the past.  Today’s applicants had very different expectations when it came to applying for a job, and how much “energy” they would expend in order to apply.  In the past the employer drove the hiring process, while today there is a shift to the candidates driving the process.

For example, if the candidate is asked how much experience he/she has and the answer is none; on a traditional application the candidate may feel at a disadvantage and not willing to complete the rest of the process.  In the applicant’s mind why would the company be asking this unless they are going to use this in their decision-making process.  And they might think, “if I don’t have experience maybe I won’t know how to do the job.”

Well in a video application, when the candidate answers “none” the onscreen interviewer responds to the candidate and assures them that having no experience is ok, and that they will be provided training to get them up to speed.  In other words, the candidate is getting “recruited” and shown the company’s employee value proposition from the very beginning of the application process.  This is a significant change from the traditional text-based, one-way application currently being used by most companies.

Mr. Yurchak is also pleased that this technology allows for recruiting way beyond job boards.  The link to the application can be published to find the passive job seeker as well as on traditional job boards which only attract the active job seeker.

The System also takes care of the on-boarding process by electronically keeping track of I-9s, W-4s, and other information.

Mr. Yurchak is thrilled with the results.  Fast forward one year and he has found numerous “non-traditional” applicants, and his offer to acceptance ratio has increased significantly.  He also has many more applicants to choose from than he ever did in the past, combined with some of the lowest turnover in the entire System.  Mr. Yurchak realizes that over 78 Million Millennials will be in the workforce within the next 10 years.  They have very different expectations and demands when it comes to the hiring process, and that in order to stay ahead of the recruiting game this new technology will allow him to have the cream of the crop to choose from.

To see an example of his Chick-fil-a online video application click here, or feel free to contact us for more information.